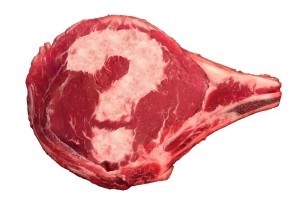 Today, Organic Gurlz Gardens of Fort Wayne, Indiana will be sharing information on Ractopamine – What Is Ractopamine?

It’s the time of the season to be thankful for many things. Preparing the delicious stuffing and setting the kitchen table just right for family and friends, playing games together in the living room until the sun goes down, and watching movies until someone finally passes out on the couch.

A key dilemma – your beautiful glazed turkey may actually be toxic.

It all starts with a size-enhancing drug called Ractopamine. Ractopamine is being used by meat producers to increase the size and weight of animals for larger profits. The main problem is growing – the FDA currently allows this drug be fed to the animals all the way up to the day of their slaughter!

In addition, the drug effects the animals to where they have broken limbs, encounter hyperactivity or are unable to walk; ranging from animals such as turkeys, swine, and cattle.

Quick Fact from O.G.G. – Ractopamine has been permitted for turkey feed by the FDA since 2008. 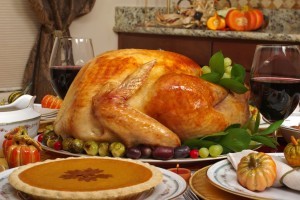 Ractopamine not only effects the animals, it impacts humans. In independent studies, one out of the three volunteers experienced pounding in the heart so serious that he had to be removed from the experiment. Ractopamine may also turn the dial on cardiovascular issues to the bad side. The drug has also been found to generate emotional states of restlessness, apprehension and anxiety.

Quick fact from O.G.G. – Ractopamine has been banned in 27 other countries such as China and Europe to work as a size enhancer.

While effecting the Earth’s population (both in the animal kingdom and human world), all hope isn’t lost.

We at Organic Gurlz Gardens have a few thoughts:

Spread awareness about the drug Ractopamine-

Telling more of the world more about this drug will make the public informed about what they are consuming – not only for their own sake, but for the health of others too.

Don’t be afraid to make inquiries to your local grocery store’s manager about how the meat is “grown”. Ask if it was given Ractopamine. Again, spread the word of the drug to the world if some lacks the knowledge of Ractopamine.