What Is A Kegerator? 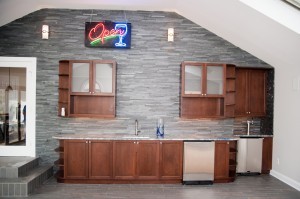 There is nothing better than enjoying an ice cold beer on a hot summer day or simply after a long day at work. However, sometimes the beer is not as cold, or as good, as it is supposed to be. There is only one solution to this problem, a kegerator! A kegerator is solely for the use of dispensing beer. In other words, it is basically a beer dispensing refrigerator. You will never have to worry about whether your beer is going to be cold enough or good enough again.

Kegerators allow you to purchase beer in mass amount of quantities, as well as extends the life of your beer. With a kegerator, beer may be stored for up to six months while still maintaining its’ freshness. The kegerator is designed to keep your beer chilled to thirty-eight degrees Fahrenheit, the ideal temperature for drinking most beers. The temperature also keeps the beer from changing flavors overtime. With the kegerator, you get quality draft beer at your convenience. Whenever you want a good beer, it is right there waiting for you. It is also very important that you remember to clean your kegerator with a caustic cleaning agent every two weeks and with an acid every three months. This will bust up the “beer stone,” or calcium oxalate, that may form. 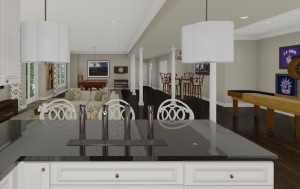 There are four main types of Kegerators: Mini Kegerators, Full-size Kegerators, Commercial Kegerators, and Outdoor Kegerators. If you have limited space, the Mini Kegerator would be the best one to purchase. Mini Kegerators can hold up to five liters of beer and may be placed on top of a counter. They may also be tapped two to four times. Full-size Kegerators come equipped with a pressurized carbon dioxide (CO2) tank, as well as a coupler to push the beer out. The full-size, also called a half-barrel, is typically free-standing, but they may be built in or under the counters. Commercial Kegerators may also be free-standing or built in, but they must meet commercial standards. A Commercial Kegerator can hold a full-sized keg, quarter-sized keg, or a mini-sized keg. Outdoor Kegerators may only be used in outdoors or in garages/basements. They are designed to work in temperatures that range from forty-five degrees to a hundred degrees Fahrenheit. Kegerators come in different sizes in order to meet the needs of the customers.