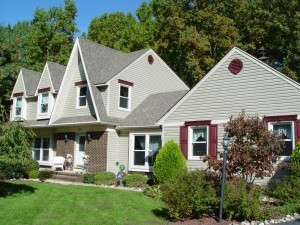 Victorian Style Homes date back the late 19th century. At this time, American architects were looking for new ways to construct buildings. They had new technology at this time as well. The technology allowed them to mass produce materials for the homes. They became famous in 1875. They stayed popular through the turn of the century. These homes are a mixture of several different styles. There aren’t two of these homes that are alike. They each have their own unique design. This style got its name because they were being built during the reign of Queen Victoria. There was a population growth during the popularity of these homes. They were for all classes of people. However the upper class and the middle-class households usually had a place for a servant. Victorian Style Home designs depended on the region you were in. They range in size. The ranges are from one story cottages all the way to three story buildings. Many of the Victorian homes you see today will be two or three stories.

Sanitation was a significant problem in the Victorian Era. Sanitation regulations were introduced later in the era. The homes then were built with the correct draining. They were also equipped with toilet facilities. These toilet facilities were outside privies or water closets indoors.

When the Victorian Era started, many some of the houses had running water. They would have a boiler to heat the water as well. Later on in the era it was common for the houses to have running cold water and hot water.

Most of the cities that had these houses during the beginning of the period had gas for lighting. As the years passed more and more houses were seen with gas lighting.

The houses would have a basement. In modern times, we would say they were unfinished but it was for the use of storing coal in these times. The coal would be used for open fires as well as heating water. Many of the homes had stoves that used coal.

They would have sash windows. The windows had large panes at the beginning of the era. Later in the Victorian era the windows began having smaller panes.

The roof was clay tiles. The clay tiles would be made locally. In some regions, they were brought to the locals by rail.

Nature was a prized thing in these times. The earlier homes would have gardens. These gardens were usually large and were placed in front of the house.

Today many of these homes are being restored all over the world. They have to go through a full restoration since the amenities have changed overtime. The wiring, toilet facilities, and other things have to be restored to make living in modern times more comfortable. Many people are also putting a twist on the homes. They are adding features from modern homes, but they are keeping some of the main characteristics of the older style. Victorian designs aren’t as attractive as they were once before, but it hasn’t prevented a few people from preserving their old homes.