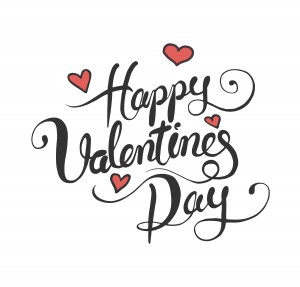 Observed on February 14, Valentine’s Day, also known as Saint Valentine’s Day and the Feast of Saint Valentine, started as a celebration for the one, and possibly more, Christian saint, Valentinus. One of the more popular old stories of Valentinus tells of him performing weddings for Christian couples even though it was illegal in Rome at the time, martyring himself for his cause. The story also says he healed the daughter of his jailer, and before he was executed he wrote her a letter and signed the missive “Your Valentine.” The day came to be associated with the idea of romantic love in the Middle Ages, around the time of Chaucer. Men and women used to pull names from a bowl to determine their valentine and wear the name on the sleeve of their clothing for a week, which is possibly the origins of the expression “wear your heart on your sleeve.” There was also a tradition at the time where women would eat a hard boiled egg and then pin bay leaves to her pillow on Valentine’s Day Eve. This was supposed to make her dream about her future husband. 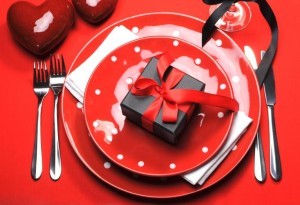 Today, Valentine’s Day is more of a commercial holiday, at least in the United States, and is a day to express love and affection for your friends, family, and significant others. Cupid is the holiday’s mascot, with the myth that if he hits you with one of his arrows, you will fall in love. People show their adoration by sending cards, candy, flowers, jewelry, and other gifts. In fact, roughly 190 million Valentine’s cards are sent in the U.S. every year, a tradition that was started in the 1800’s when postage rates dropped. Despite the time period, people used the holiday to send racy cards to their lovers, and at one point the Chicago post office rejected 25,000 cards for being too indecent. Many people at the time also considered signing Valentine’s cards to be bad luck so there was no real way of knowing who was sending them.

In present day, kids exchange little Valentine note cards at school to their classmates and teachers, sometimes even along with holiday themed candy. Most candy companies produce their products in pinks and reds, or in shapes of hearts just for the occasion, and heart-shaped boxes of chocolates are a holiday tradition invented by Richard Cadbury in the 1800s. Approximately 36 million of these candy boxes are sold every year along with over 100 million red roses. Three percent of people in the United States also give their pets Valentine’s Day gifts. It’s a day where husbands take their wives out to nice dinners and there are hearts and roses on everything. It’s also a popular day for weddings and vow renewals.

And of course, nothing makes for a better Valentine’s Day present than a new kitchen!