In April of 2014, New York City Mayor Bill De Blasio, when asked about his continued tardiness for events and meetings, stated that being on time is not that important. His critics, including former Mayor, Rudy Giuliani, feel De Blasio’s chronic late arrivals are a result of being unorganized and are quite rude.

Design Build Planners understands that your time is extremely valuable. If a DBP Project Designer is late for their first meeting of the day, regardless of the reason, they will pay the homeowner $1.00 for each minute past the scheduled project design consultation time. If your appointment is not the first of the day, Design Build Planners will contact you upon leaving the previous meeting to update you as far as the estimated time of arrival. This commitment to timeliness and professionalism is just one of many company policies designed to make homeowners remodeling experiences more professional and pleasant.

If someone is late for a meeting the homeowner is most often polite and says, “That’s okay. Don’t worry about it.” In reality they are thinking that if the representative is late for the initial meeting then the project manager will be late, the electrician will be late…etc. and ultimately the entire project will be very late! 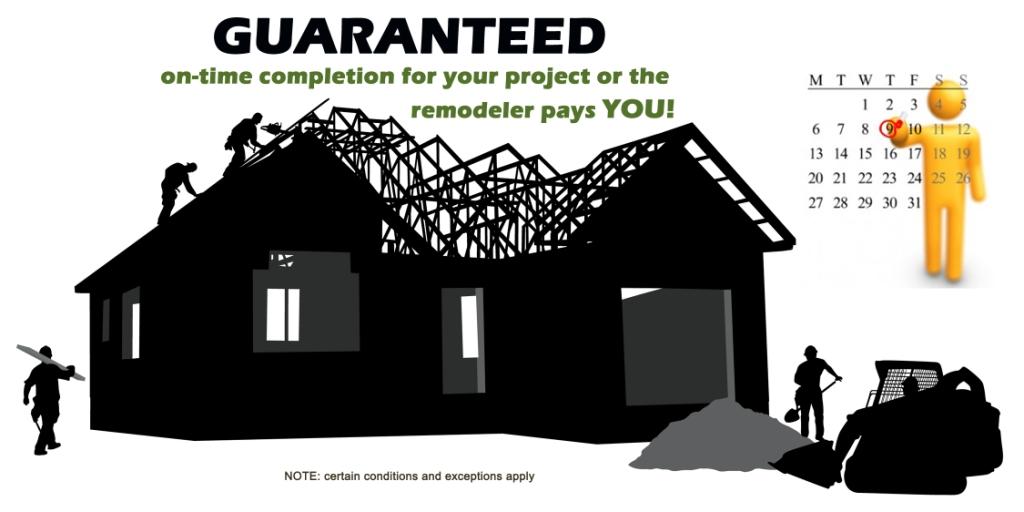 This unique policy accentuates the NJ DBP Remodelers Network on time project completion guarantee. Each remodeler agrees, in writing, to have any project that they are 100% producing be substantially complete* by a pre-determined date or they pay the client $100 per day! Mark of Excellence, a pacesetter of this guarantee, offers a $500 per day, self-imposed penalty. Running well over the planned schedule is the most common complaint of homeowners about their contractor and remodeling project.

* Substantial completion is defined as the new and/or remodeled space being ready for its intended use. Some conditions and exceptions do apply.