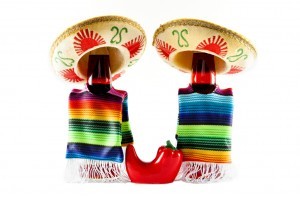 Cinco de Mayo, which means “fifth of May” in Spanish, is a Mexican holiday that celebrates the Mexican victory over France at the Battle of Puebla during the Franco-Mexican War. The victory was not what would be considered a strategic success for the Mexicans, but it was very unexpected as the French army had 6,000 soldiers and the Mexicans only had 2,000, many of whom were not trained. The Mexicans fortified the city of Puebla against the impending attack. The battle lasted only from daybreak to sunset and by the end of it the Mexicans had lost under 100 men, and the French had lost 500. Their win carried more symbolic value than anything else. The Mexican government used it as a source of national pride for their country and to strengthen the spirits of the resistance movement, which helped carry Mexico through the war until it ended in 1867 when the French retreated. Cinco de Mayo is not, as many people believe, the Mexican Day of Independence, which is on September 16th. Mexico declared their independence fifty years before the Battle of Puebla was fought.