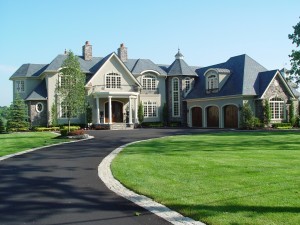 American soldiers that were serving in Europe during World War I liked the houses in the French countryside. There was a postwar housing boom. During this boom, French Provincial Style Homes began popping up throughout the suburbs in the United States. The design originated in the mid-1600’s. It became popular once again in the 1920’s then again in the 1960’s.