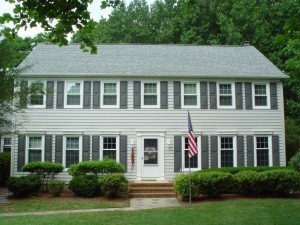 The Colonial Style Home was influenced by European designs. The style began in the 1600’s in Europe. The settlers brought the design to the United States in the 1700’s. These homes were first built as two-story homes. They had a room on each floor. As years passed, they started being four-on-four. Four-on-four referred to a number of rooms in the house. These homes then featured four rooms on each floor instead of two rooms. When the design came to the United States, different features were added and taken away to withstand the climate in that area.