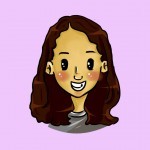 Hi there, fellow Gardeners ;). This is AnnahMarie. Today, I will be sharing information about artichokes. The history of Artichokes Believed to originate in the Mediterranean, Artichokes were eaten by the Romans and Greeks and later by the Arabs. However, after the plummet of Rome, artichokes were rare in Europe until the 15th century when they were grown in Italy. From that point in time, Artichokes spread to the rest of Europe. END_OF_DOCUMENT_TOKEN_TO_BE_REPLACED
Get Started with a
Complimentary
Phone Consultation Please enter your information and we will contact you within 24 hours.