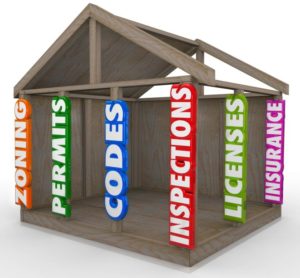 Why should I get a building permit for my remodeling project?

Thinking of remodeling or putting an addition onto your home?  Applying for a permit is a necessity!

The most common reason homeowners do not pull permits isn’t that of paying money to town hall or the inconvenience that comes with it. Homeowners fear the increased value of their home, which is calculated by the size and characteristics of their property will greatly increase their taxes. When the town is not aware of the home improvements, taxes will not increase like they would have otherwise. However, once the town finds out, your taxes will be accessed.

Being a realtor, a few clients of mine have experienced the nightmare of selling or buying a home which was renovated without permits.

One particular client had their home Under Contract at asking price when it was discovered and ultimately admitted that they renovated a laundry room into a full bathroom. When their home was inspected and appraised by professionals for selling, the public records for the home were checked and it was discovered the work was done without permits. The homeowners were required to remove some fixtures and open up walls so the electrical and plumbing work could be inspected. Due to this delay, they lost the home sale since the sellers could not wait and needed a home to live in.

We are often asked for advice and referrals. One time, a long-time friend of my wife and I was looking to have her basement finished in a new home she purchased. She explained that it was a basic finished area for her kids, and did not need any design assistance. I provided her with a remodeler in her area that I felt suited the project and would best help her. I chose him based on location, responsiveness, and quality of work on projects where we had previously collaborated.

Ultimately he was not chosen to finish the basement. My friend and her husband chose a contractor that had finished basements in the development already, and was MUCH cheaper then other estimates. As with anyone that does not use a remodeler from our network, I wished her luck, and told her if she needed anything or had a question, to not hesitate to call.

After a few years, her and her husband were now selling their house. Upon inspection, it was discovered that no permits had been submitted for the project. She had to get the remodeler to submit permits, open areas of the walls and ceiling for inspection, and then close them back up to finalize the sale. Unfortunately, the remodeler was not around. The phone number no longer worked, emails went unanswered. Undoubtedly, he performed the work on his own without licensed trades, and had not way of legally applying for the permit. My fiend then reached out to me, and asked if I would convince the remodeler I had originally referred to open the walls, complete the permits for construction as well as electric as if he had remodeled the basement, and patch everything back up.

I explained why that would not be beneficial to him even if she compensated him for his time. First, he would be liable for any workmanship should an issue arise, as the remodeler on record for the project. Second, he would then have a poor reputation with the building department and their inspectors, which he worked hard to build.

Eventually she found someone to sign off on her permits. It significantly delayed the sale, and cost her money, and time, which ultimately led to missing an opportunity to purchase another home. 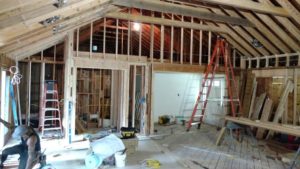 Every homeowner needs a Certificate of Occupancy before selling their home and all permits need to be opened and a final inspection complete before receiving one.

As tempting as it is to renovate without pulling permits, it will cost you more time, money and aggravation down the road.

The best way is to inquire at your local building department to see if you need a permit for your home renovation or leave it to your professional remodeler.