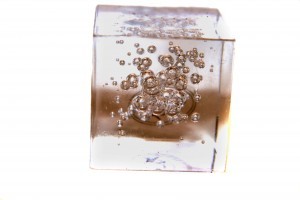 If you’ve been on social media lately, surely you have seen short videos of people dumping buckets of water on themselves. In these videos, after completing the “Ice Bucket Challenge”, the participants nominates friends to do the same, or gives their nominees the option of donating $100 to the ASL Association. A number of high profile figures have dumped ice on their heads, like Chris Christie, Justin Timberlake, and Mark Zuckerberg. On the other hand, President Obama chose just to donate.

In the past 30 days, there have been more than 118,000 tweets mentioning the #icebucketchallenge, according to Topsy, a social analytics company.

ALS is more commonly known as Lou Gehrig’s disease. ASL is a progressive neurodegenerative disease that affects nerve cells in the brain and the spinal cord. The disease causes patients in the later stages of the disease to become totally paralyzed. 20,000 to 30,000 people in the United States are battling with the disease. There is currently no cure to the disease, but the “Ice Bucket Challenge” has raised $13.3 million from July 29th through August 17th. In comparison, during the same period last year $1.7 million was donated. These donations are being used for research advancements. Nearly 260,000 new donors have emerged based on this campaign.

You can find the ALS Assocation’s webpage here. Below, you can view Neil’s tackling of the challenge.

Here is Jason Parsons family’s ice bucket challenge. Jason is the Lead Project Designer for Design Build Planners. In the video you will hear Connor challenging his Uncle Neil!