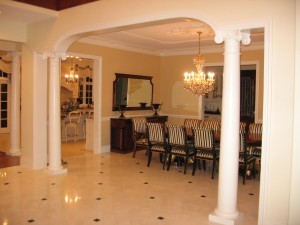 Using archways in a home to create a new feel about the place is not a novel idea. This technique has been used for thousands of years. It is a great way to open up an area and make it appear roomier, spacious, and wide open. Home interior decorative arches are multi-functional, in that they fill an empty space and support and structure.

Archways can be incorporated into the shell of a new house, as well as added to an existing home. It is very simple to change a traditional doorway to an arched doorway. And there are many different styles of arches to choose from. 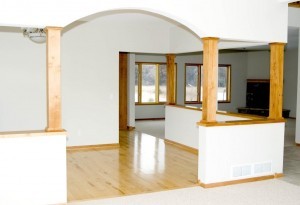 Arched corridors are a great option for connecting rooms such as hallways that serve no other purpose than connecting one room to another. Make your archways stand out by using a different type of material than the rest of the area. This will make the area pop, making it more visually appealing.

Shallow archways are great when used in wide open hallways and other spaces. The shallow archways serve to emphasize the vastness of the rooms and are more visually stimulating than a narrower archway would be. This technique can also emphasize the different rooms without closing them off.

French doors featuring arches are a great way to emphasize the beauty and elegance of a room. French doors are ideal for creating an open and inviting ambiance while separating two distinct spaces. 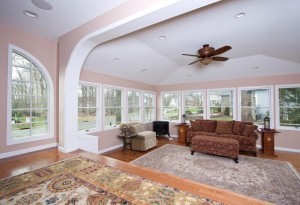 Exposed brickwork is a matter of taste and choice, and people either love it or they hate it. One area that people agree that brickwork makes sense is in an archway. Most people are attracted to the way in which the bricks are arranged in an orderly pattern. Perhaps people enjoy using bricks in an archway because it serves a purpose and is pleasing to the eye.

Bathroom arches are not as common, but they can do wonders for the look of a bathroom. Bathroom arches can be used to separate the bath and shower areas, making them appear to be two separate rooms.