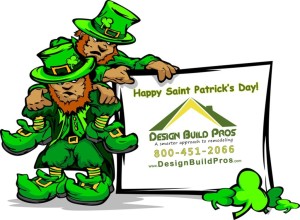 Although St. Patrick’s Day is an Irish holiday, Ireland didn’t have its first parade for it until 1931, and the first St. Patrick’s Day Parade was actually held in Boston, Massachusetts in 1737, with the biggest parade now taking place in New York City. Around one hundred other cities in the United States also hold parades including Chicago, Illinois and Savannah, Georgia. Chicago even dyes their river green for the event. President Truman was the first United States president to ever attend one of these parades, back in 1946, and at least nineteen presidents, including George Washington, claim Irish heritage. The day is not an official holiday in the States like it is in Ireland, but it is still very widely recognized.

Individually, people use the holiday to make traditional Irish meals (cornbeef and cabbage being one of the most popular) and drink a lot, throwing parties or bar hopping. It has become more of a commercial holiday than a religious one and plenty of people who are not Irish or Catholic go out and celebrate. Beer companies, like Guinness, especially benefit from this and go heavy on their St. Patrick’s Day advertising. The Church has, of course, expressed concern about this secularization of the holiday, and many want to shift its focus back to its religious roots.