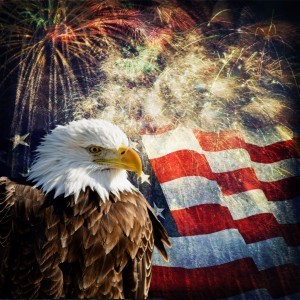 President’s Day has grown since it was originally created and now several states choose to use the date to celebrate George Washington as well as other presidents and politically important people, Thomas Jefferson and Abraham Lincoln being the most common. Some states even choose to use the day to celebrate all American presidents. Although it’s a federal holiday there is no national standard for how it’s recognized, leaving states to make the decisions for themselves. One thing is certain though, it is a day for patriotic festivities, reenactments, and the like. The foods of choice for the holiday often includes cherries, from cherry pie to cherry cake and anything else you can feasibly put cherries into. This is, of course, because of the story of George Washington cutting down his father’s favorite cherry tree cherry tree and being unable to lie about it, earning him a reputation as an honest man. There is no real record of this story being true, but it is commonly used as a moral lesson for children in school.

On February 22, George Washington’s real birthday which is not always the day the holiday falls on, the United States Senate reads Washington’s Farewell Address, which stresses the importance of national unity. The reading has been an American tradition since 1888.

Presidents Day is also used by retail stores to host sales, usually to clear old their old stock by offering it at low prices. This helps them make room for new products and brings in more customers. It’s a particularly common practice for businesses that sell home appliances and also clothing and accessory stores. Schools use the week leading up to the holiday to focus on George Washington and the other presidents in their lesson plans.