Mother’s Day is a North American holiday that is held on the second Monday of May and honors mothers and motherhood. It originated in the United States in the 1900s and has spread to a few others countries since, although there are similar traditions that are much older.

Anna Jarvis, a peace activist during the Civil War, founded the holiday in 1908 when she held a memorial for her mother in West Virginia. She had started to push to make Mother’s Day an official holiday in 1905, the year her mother passed away, as a way to continue her mother’s work and make a day that people all over the country could use to honor their own mothers. Her home state of West Virginia was the first state to officially recognize the holiday in 1910 and several states after that followed suit. President Woodrow Wilson made it a National holiday in 1914 and by the 1920s companies started to produce Mother’s Day cards for people to send, including Hallmark. Anna Jarvis was furious about how the holiday quickly became commercialized, saying that the greeting cards were lazy and claiming that people were supposed to write letters to their mothers to express their gratitude and love, and that the mass production of cards and the buying of gifts was exploitation. She protested adamantly, threatening to file a lawsuit as well as organized boycotts and other forms of protest. She was even arrested once for disturbance of the peace during one of her protests. Before she died, Anna Jarvis admitted that she regretted having ever created the holiday. 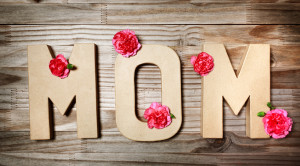 Today the holiday is still very much a commercial one, and people are encouraged to buy their mothers and motherly figures cards, flowers, and gifts. Thousands of phone calls are made on Mother’s Day every year and church attendance is also very high, the highest right after major holidays such as Christmas and Easter. The traditional flower of choice to give is carnations, colored ones for if your mother is alive and white if she has passed on. Admittedly, the holiday has been mostly carried by the influence of card companies like Hallmark and the floral and jewelry industries. Despite this, Mother’s Day is one of the United States’ most successful commercial holidays.

Commercial or not, mothers are pretty incredible people. The world’s youngest mother was a girl Peru who gave birth at only five years old. The oldest woman to give birth was Satyabhama Mahapatra, and Indian woman who had her first child at sixty-five. The most amount of children ever born as once is seven -septuplets born to a woman in Iowa in 1997. The most amount of children overall to one woman is 69, 67 of which survived, birthed to the first wife of Feodor Vassilyev.