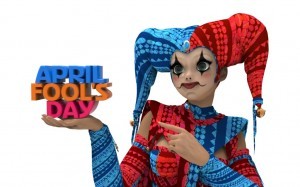 Celebrated on April 1st, April Fool’s Day (sometimes called All Fools Day) is widely known as a day for trickery when people concoct hoaxes and play pranks on others. It came into popularity in the 1800s and is recognized in the United States, Canada, Australia, Brazil, and Europe, although it is not an official holiday anywhere. People who fall victim to successful pranks are referred to as April’s fools and it is tradition to yell “April Fools!” when you manage to trick someone.

The origins of the holiday are not known for sure although some people trace it back to The Canterbury Tales by Geoffrey Chaucer. There’s a theory that it goes back farther than that though, when we switched to the Gregorian calendar and started to celebrate the new year in January instead of on the Vernal Equinox. People who were unaware of the switch and still celebrated the new year in April were called fools. Along the same lines, there’s also the idea that it derives from the seasonal celebrations of the time, welcoming back spring. One of the traditions of these old celebrations was for people to hide their identities with masks. Similar days of good-natured foolishness include the Holi festival which is held in India, as well as older celebrations such as Hilaria in Rome and the Feast of Fools from Medieval times. 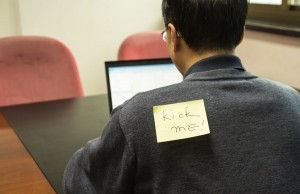 Traditionally, pranks pulled in the morning were considered better and jokes later in the day were in bad taste and would earn you the title of “Fool.” Today though that idea has loosened up and all of April 1st is used for pranking and tricks. Tons of people, as well as companies, participate in pranks. Google, for example, has hosted a myriad of jokes from their claims to have created a way to search smells, to Google Maps Pokemon Challenge that allowed you to find Pokemon on the map and then go to the location in real life to capture them with their Android or iOS device. BBC is also well known for their April Fool’s Day pranks. Back in 1957 the BBC aired a fake video about spaghetti crops growing in Switzerland and the station got several calls about the plants from people who were apparently unaware they were not real. In 1965 they did an interview with a professor about his smell-o-vision device, and in 2010 they created a video about a newly discovered species of flying penguins -all fake of course. In 1996 Taco Bell announced that they were purchasing the Liberty Bell and were going to rename it the Taco Liberty Bell but had to reassure people a few hours later that it was only a joke when hundreds of angry citizens started calling the National Historic Park about it.

April Fool’s Day remains to be a somewhat controversial holiday as some people consider the pranks and jokes to be mean. If done in good nature, however, the holiday can be a great way to laugh and enjoy yourself.