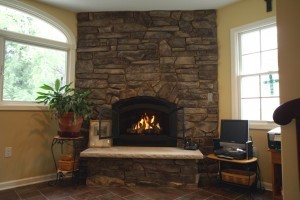 A home or a room could be warmed up with a beautiful fireplace fueled with either natural gas or wood. However, in case of natural gas, one can install a system that could easily warm up the whole house at the same time, whereas wood fueled fireplace lacks this advantage and warms up only the same room as of the fireplace. One can choose either of the fuels based on several advantages and disadvantages associated with the usage of each one.

For instance the fireplace fueled with natural gas is considered to be energy efficient, but the drawbacks include: cost, sustainability, and the lack of aesthetics. However the natural gas fireplace is efficient in its usage. Other than these previously listed elements, there are things that don’t make much difference in the usage of either of the fuels. These factors include safety, efficiency, and emission of heat. Below, you’ll see some factors that can fuel your decision.

As far as the sustainability factor, the usage of wood in fireplace is much preferable than the usage of natural gas. Wood is a potential renewable energy resource whereas natural gas is a fossil fuel and takes more than generation to renew.

The cost factor is extremely crucial in evaluating the benefits of the fuel being used. If we assume that one doesn’t have a line of natural gas and you would need to insert one. This would be a once incurred cost for the natural gas. However, other than that main natural gas line cost, the expenditures involved in usage of two fuels are almost the same and both the fuels are equally inexpensive. 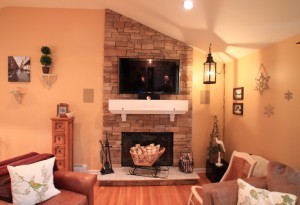 Depending on looks or the essence a particular thing gives to a room people would mostly like to choose wood as a fuel because it has charming looks and a feel of warmth. With a natural gas fireplace, artificial wood is often inserted to improve the look, but the enchanting and charming feel of real wood is impossible to duplicate. 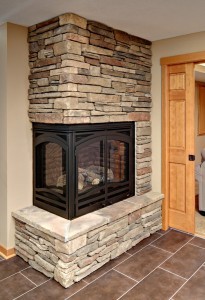 As far as  the safety factor is concerned of the two fuels, one just needs to make sure that the installation of each has been done accurately and all the steps of the procedure have been thoroughly followed. In case of wood one needs to use steel screen to prevent sparks jumping out of the fireplace. 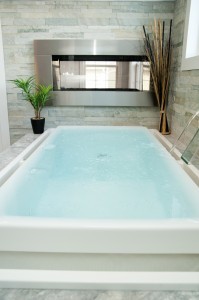 The fireplaces with either of the fuels are equally efficient in warming up a room. As both the models use blower that pushes the warm air into the room instead of letting it going out of the chimney. The blower actually takes in the cool air from outside, heats it, and then blows into the room. 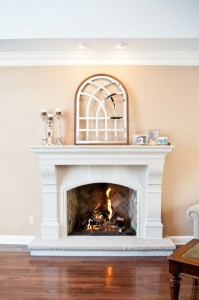 Then there is an emission factor in which we take into account the pollution caused by the two fuels.  Both produce carbon monoxide, but, if precautions are taken carefully then it won’t be affecting the health of any of the inhabitants of the space. In the case of wood usage one will have to take care of the wood logs as well. Other than the fixture costs in both the cases are equal.