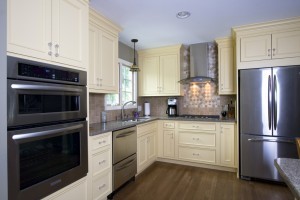 The majority of people are accustomed to the radiant oven which has a burner at the bottom, cooking racks in the mid-section and probably a grill at the top. The problem with this kind of burner is that it losses a lot of heat and when using it, you must place the food being cooked right at the center or you risk ending up with food that isn’t cooked properly. With the recent worldwide call on families and industries to save on the cost of energy, using the radiant burners are no longer appealing. Convection burners seems to have offered the much needed solace. 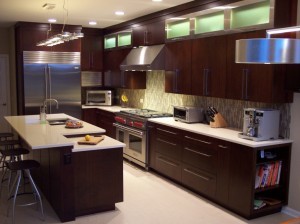 With a convection burner, heated air is circulated within the cooking compartment and not allowed to escape. This is unlike the radiant heaters that lost so much heat due to convectional currents and the fact that there was no way of containing the heated air in one place. The convection ovens thus reduce the total amount of energy utilized in cooking. In addition, the commercial restaurants that have adopted the use of these modern energy efficient burners have reported great a great positive difference. 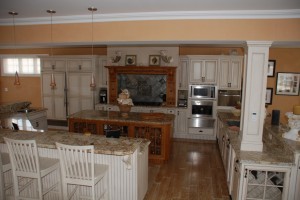 It’s not only the energy efficiency of the convection ovens that make them ideal for cooking in the kitchen. Because the convectional air is evenly circulated within the cooking chamber, there is no need to position the food in a central place since it will receive the same amount of heat regardless of its location. When roasting foods like beef, the convection oven will make even the thick cuts to roast evenly and since there is no exposure to the environment, the meat will preserve its internal moisture and all its nutrients. The same effect happens when baking bread or pies as well.

The other fact that makes cooking with the convection ovens in the kitchen more appealing is their ability to reduce the total time taken in cooking by 25%. This means that you will get food cooked in a short time while saving on the total energy requirements. This is indeed the ideal oven for any family that is keen on achieving quality and efficient cooking in the kitchen.