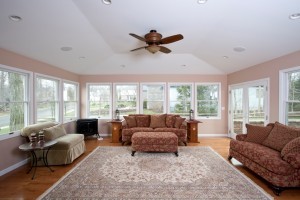 Ceiling fans first appeared in the United States during the late 1800’s. In the beginning, to run the fans, a stream of water turned a turbine which turned a belt. The belt turning would turn the two fan blades.

In 1882, Philip Dieli invented the first ceiling fan that was powered by a motor. He used the same engine that was used to power the Singer Sewing Machine. By the time, the First World War started most fans were equipped with four blades. More blades on the fan caused it to circulate more air. The fan was also quieter than they were when the fan had two blades.

It was common to see ceiling fans in homes by the 1920’s. They started to catch on all over the world by this time as well. From the 1930’s to the 1950’s fans started fading out. They were uncommon by the 1950’s. The ones that still around became a thing of the past.

Ceiling fans have obviously advanced concurrent with technology. You can get a new ceiling fan to meet your expectations. The choices are nearly endless like anything else.

Ceiling fans are used for cooling small rooms as well as for the light they are equipped with. They range in size so you can have cold air circulating through any size room. If the ceiling is high, you can purchase a ceiling fan that is worked by remote control. 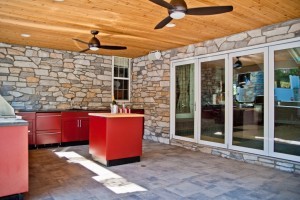 People also use ceiling fans outside the home. They can be used on porches or on the ceiling of gazebos. Outdoor ceiling fans are famous in outdoor living spaces where the family generally gather. This will circulate the heat and make the area cooler on hot summer days.

Ceiling fans not only come in different sizes. They also come with many different functions. Normally a fan will have three speeds. Most of them are equipped with lights. A fan will have anywhere from one to three lights. There are also ceiling fans that aren’t fitted with a light. Two pull chords operate the functions of the fan if they come with a remote. One of the chords operates the fan blades while the other one operates the light if the fan is equipped with a light. You have an assortment of colors you can choose from and some have designs making them stand out more in the room. 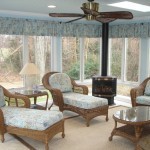 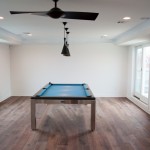 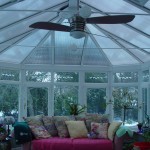 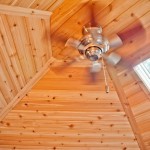 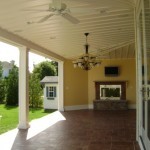 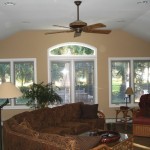