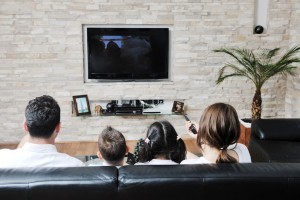 Cable TV is not going to be affected by the weather conditions. The dish is bound to get affected by the rain, storm or even the slightest wind. This is because the dish captures the channels in the form of signals directly from the satellite services. As the dish is an electronic appliance that stands on the roof, anything external is going to impact it. On the other hand, cable TV displays channels through cable wires which are protected by the house.

Cable TV is also the choice of people who are living temporarily at a certain location. These are usually renters who want to stay for short time periods. However, a satellite dish is generally more expensive and is for long term uses. The satellite once installed can be used for years without being able to remove it. The cable TV is easier to remove and disconnect from the house.

You might be leaning towards cable TV after reading the above, but you need to know about the satellite dish and its advantages. The dish is able to reach the areas where you can’t even think about getting cable TV. The dish is able to pull the signals of the channels to rural and village areas. Cable TV cannot possibly reach those areas unless service is already being provided there. The trick to make sure the satellite works is by facing it southwards. All you have to do is get the satellite installed. After its installation, you will have to make the satellite face towards south of your house. This will ensure all the channels reach your television screens. You will be able to watch your favorite shows without interruption.

The personal preference will be able to decide whether a cable TV is better or the satellite dish. People often prefer cable over dish due to its cost-effectiveness and ease of access, but satellite TV certainly has its own merits as well.